We appreciate local community members, elected leaders, and organizations that have endorsed Delegate Marcia Price for re-election to represent the 95th District! Check back often as our list will be updated periodically.  Be sure to add your name by clicking here!

I endorse Marcia "Cia" Price for re-election to the House of Delegates 95th District. — Hakima Muhammad

One of the hardest working Delegate's. She has brought us the Virginia Voting Rights Act, while other states are trying to suppress the vote. She voted to end the death penalty - remarkable ! Delegate Price has led in wage theft reform; caused domestic workers to be covered under the Virginia Human Rights Amendment; increased tenant protections; and showed support for racial equality at the General Assembly and here in the 95th District. Thank you Marcia Price ! — Mason Moseley

We have made progress in Paid Family & Medical Leave, Quality Childcare, Affordable Elder Care, and Paid Sick Days for all. And we know that #CareEconomyVA represents major steps toward:

Economic Growth
Del. Price has received Family Friendly Economy Virginia's Seal of Approval for her commitment to prioritize and pass family-friendly legislation in VA. But our work is not done! Let's keep fighting for more wins, together! 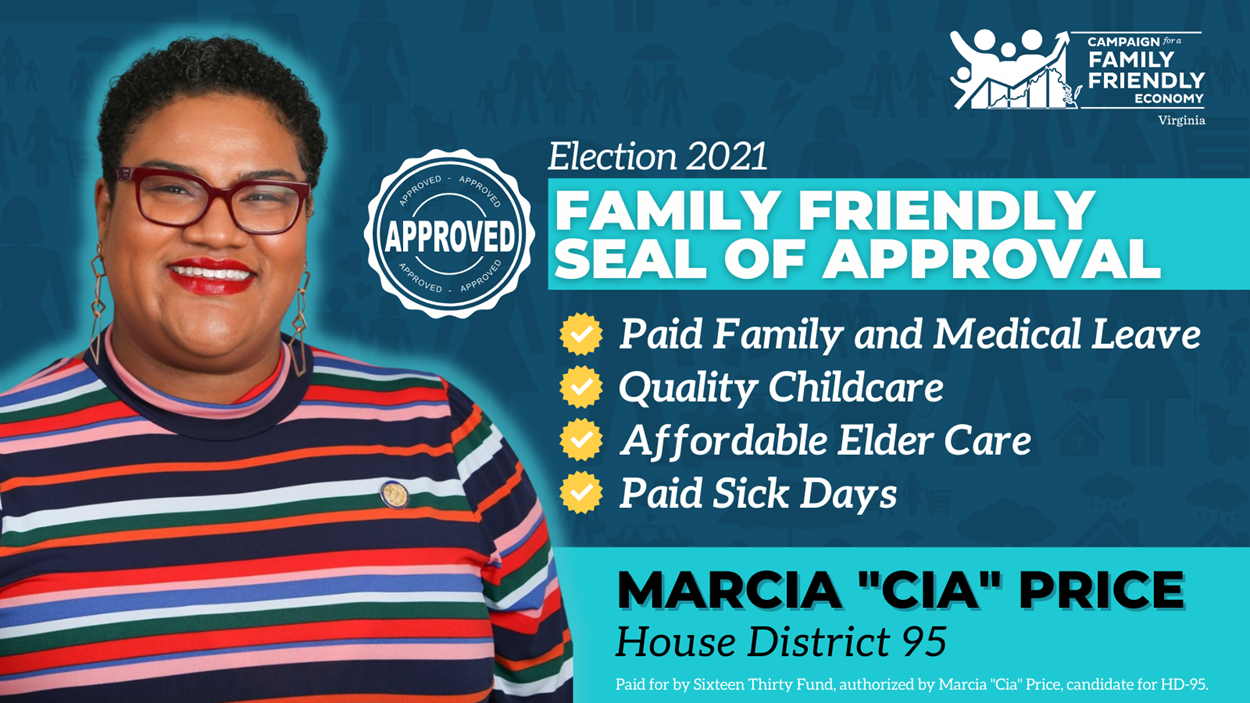 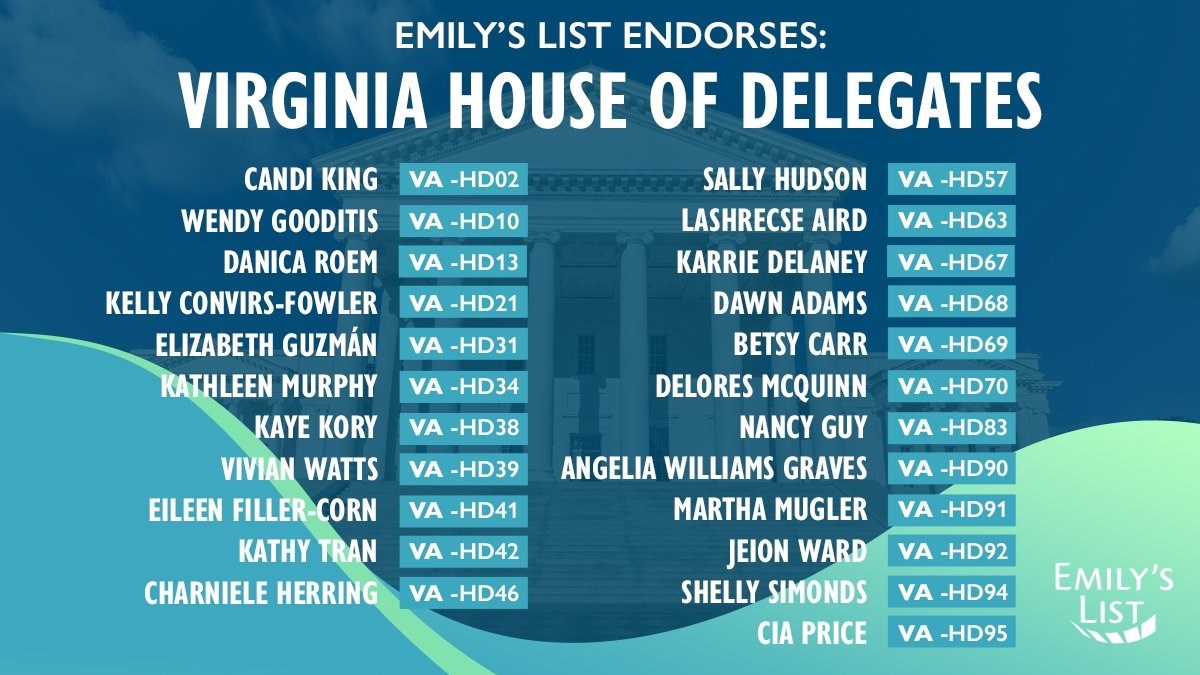 Del. Cia Price is one of the most progressive legislators, representing Hampton & Newport News. She led the fight to ensure domestic workers earn at least the minimum wage and extended workplace harassment and discrimination protections to domestic workers. 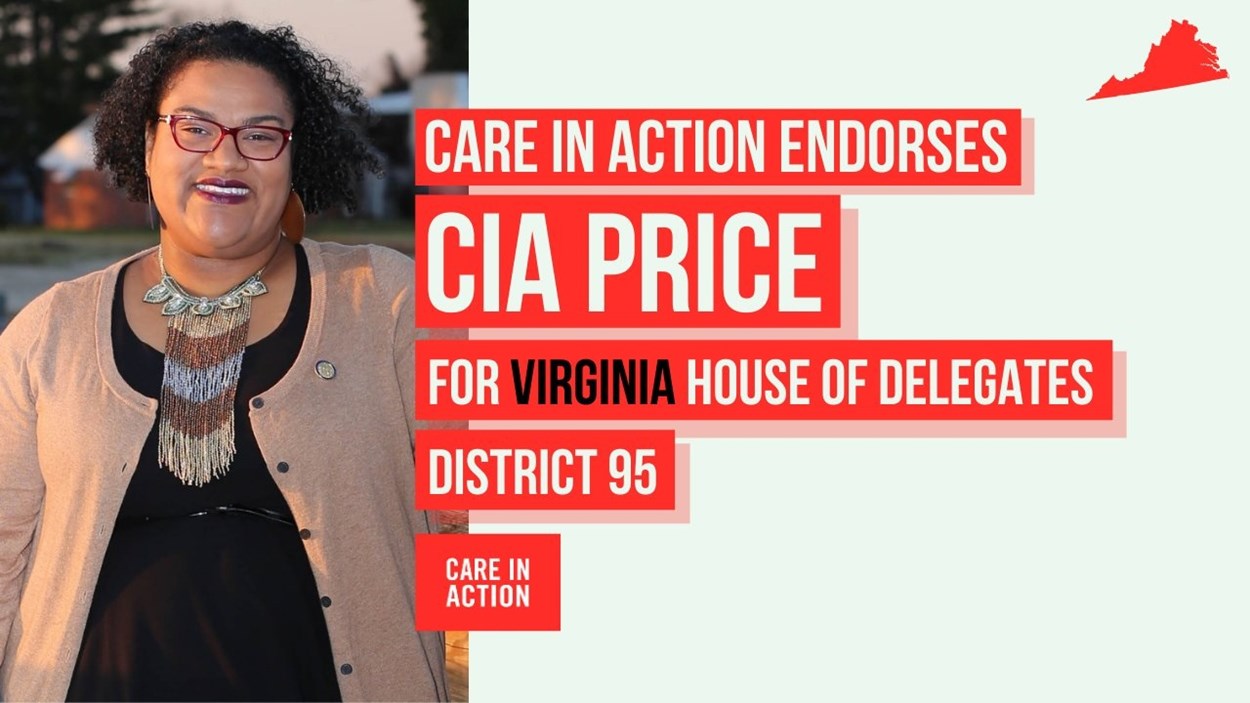 Delegate Price does the work she promises to do. Her town halls, online training, email updates, etc. all aim at more transparency and participation in government. I am pleased to endorse Delegate Marcia "Cia" Price for Delegate this year. Margaret (Maggie) Keator Newport News City Council 1982-1990 — Margaret Keator

Thank you for being the strength in the voice for my family. Also for the future our children. Together our voices will be heard "success is backed by strength and support " and you have my family's! Thank you! — Tekisha Anderson

I endorse Delegate Price because she is a friend to children and families, a gun sense candidate and believes in inclusivity! — Diane Umstead

Del. Cia Price is truly committed to her community and it shows! She keeps us informed, engaged, and you can always find her doing something in support of people, businesses, and organizations in the community. Cia is a unique public servant that actually and actively serves, and she has my full and unreserved endorsement. — Joyelle Saunders

‘The long term fight’: How Democrats plan to save voting rights

New Virginia laws are going into effect Thursday. Here’s what you should know.